Discover how our customers are winning with Illusive

Illusive customers run the gamut of industries and security priorities.

Discover how various organizations are using Illusive and what we've helped them detect in their network.

The customer acknowledged that despite having PAM and many other technologies in the SOC, they could not have discovered this critical credentials vulnerability without Illusive.

The CISO notes that having centralized, searchable forensics at their fingertips significantly improves their effectiveness and enables them to audit and measure their productivity. “For years I’ve been searching for a product that presents forensics in a way that is tuned in to how analysts actually think and make decisions,” he said.

Illusive was able to detect when deceptive credentials were accessed via LAN Turtle devices that were physically connected to a machine. LAN Turtles—easily available for purchase—are especially dangerous devices because they give attackers the ability to extract credentials from a machine even though it is locked.

Using Illusive’s Attack Detection System, a U.S. energy firm discovered a user was evidently trying to link a password to a deceptive username that Illusive had deployed. A further review revealed a full dictionary attack. The attacker used a script that tried logging in with generic usernames passwords spread out across the network, so as to not trip any alarms – but failed to evade Illusive’s early detection capabilities.

How to Frustrate a Red Team

“I want Illusive on every system we have by year end.” ─CISO of a US-based media company, after Illusive successfully blocked every attempt in a penetration test, which was being conducted to test the security of a newly acquired subsidiary.

The Power of Credential Visibility

As soon as it went live, Attack Surface Manager discovered thousands of hidden credentials, including many instances of domain admin credentials where they didn’t belong—and which the security consultants had not seen. The director, wowed by the visibility Illusive could provide and knowing the importance of ongoing credential hygiene in preventing cyberattacks, moved Illusive from the chopping block to his “must-have” list.

See It, Believe It

"An employee tried to access an Illusive deceptive file share, which was designed to look like customer files. The real-time forensic screenshot captured from the user’s machine showed that he had been enumerating available shares, mapping network drives, and copying shared data to his hard drive."

The IT team learned to trust and rely on Illusive to detect lateral movement early and to use Illusive forensic snapshots for documenting each step in an attack. With a complete story, supported by timestamps and detailed tactical data, they will be able to gain the proof needed to pursue an investigation and successfully resolve future incidents. 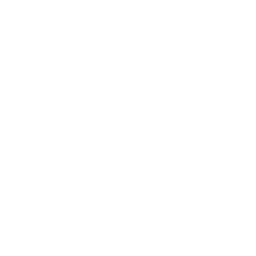